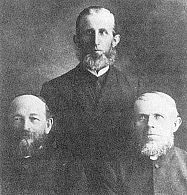 The Hermannsburg Lutheran Mission was established in 1877 on the Finke River in the centre of the continent by W.F. Schwarz, from Württemberg, L.G. Schulze from Saxony and A.H. Kempe, from Dauben near Dresden (photo at left). They had headed north from Bethany in the Barossa Valley and experienced great hardship in setting up an economically viable community in the heat of central Australia. From 1894-1922 it was led by Carl Strehlow who gained a reputation as an expert on the mythology and language of the Aborigines of that area. He developed a written form for the Arrernte language (at that time it was spelled 'Aranda'), produced an Arrernte grammar, an Arrernte dictionary, and translated the New Testament into Arrernte. He became skilful in treating the sick and the Aborigines trusted him.

German missionaries were known for their efforts to learn and use the languages of the Aboriginals - for them that was the starting point of their mission work.

Carl Strehlow's son Theodore, who grew up in close contact with the Arrernte people, speaking their language from an early age, and who preferred living in that part of Australia, completed university studies in Adelaide and returned to the Arrernte in 1933. He developed a huge collection of anthropological items and his work influenced anthropological studies in other parts of the world.

Ownership of Hermannsburg's facilities was handed over to the Arrernte people in 1982, and now includes Aboriginal villages such as Wallace Rockhole where alcohol is banned by the inhabitants. Albert Namatjira, the first Aboriginal artist to become famous painting in the Western style, grew up at Hermannsburg. The community is also known locally as Ntaria. 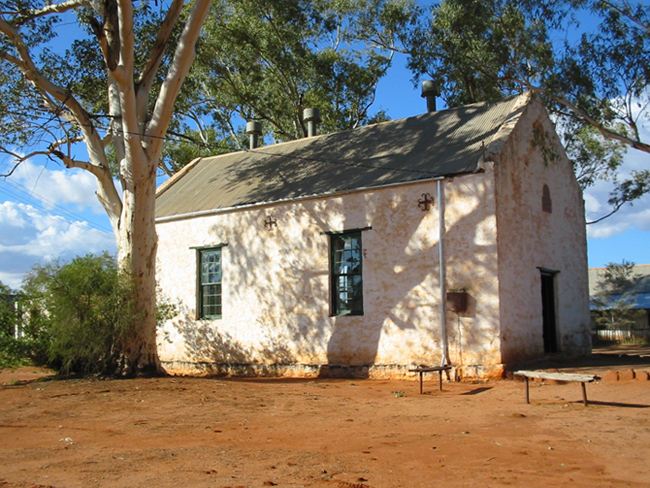